5 Reasons Electric Cars Are Taking The World By Storms

Electric cars are not just a future wave, they are here now, and they are saving our lives in more ways than one. Today, people are slowly embracing electric vehicles, which is evident with most automakers shifting to the production of electric machines.  For instance, General Motors plans to introduce thirty new models by 2025 and go all out by 2035.

Sighting electric vehicles on the road is becoming a norm. More so, since automotive companies are manufacturing cars, transit buses, and trucks of all sizes. Moreover, there are even SUVs to accommodate every family’s needs and lifestyle.

Here is how electric cars are taking the world by storm.

Transportation mainly depends on diesel and petrol. Which is the leading cause of climate pollution around the globe. And resolving the climate crisis can only be done by ensuring that the vehicles on the roads are as clean as possible.

However, there is a limited time to change to other alternative forms of energy to avoid the worst impacts of climate change. Car and truck emissions affect not only our health but also our planet.

The lack of charging infrastructure and the inconsistency of the existing network for uninterrupted battery charging has slowed the development of electric cars.

However, this is changing as utilities in developed cities are spending billions of money on charging infrastructure. These infrastructures are necessary for electric cars, trucks, and buses throughout their states. As a result, the medium will mainly be essential for public agencies, businesses, and individuals who cannot install chargers at home.

They Are More Affordable

The biggest obstacle that has held people back from buying electric cars is the cost. As a result, 70% of electric vehicle buyers earn at least $100,000. And according to Cox Automotive, the Millenials and Gen Z make up 10% of these customers.  However, the cost gap between an electric car and the gas-powered car is lessening.  Since the cost of electric batteries cars went down by 70% between 2010  and 2016.

Electric vehicles have electric engines and other advanced technologies that make them more superior to their gas-powered counterparts. This is particularly because the electric car is manufactured to have almost no need for maintenance. As a result, they do not require oil changes, new air filters, spark plugs, or fan belts.

Additionally, their batteries are more advanced and long-lasting such that they do not need change during the car’s lifetime. Moreover, its braking system is designed not to use brake pads, but it reverses the vehicle to stop. Therefore you only use brake pads sparingly and never need to change them.

Pushes From The Government

Government policies push to transition from oil industries, which they won’t achieve without electrification of road transport. Therefore, most governments have set aside funds to ensure there are charging stations at many points for those who do not have chargers at home.

Change in The Consumer Mindset

The United States and most global leaders are now focusing on the environment. And consumers looking for green alternatives are readily embracing the idea of EVs. With the Millenials and Generation Z making up for the majority of these consumers.

And since the eldest of Gen Z has recently reached the age to purchase a car, the number is rising. Meanwhile, 70% of America’s oil use is as a result of motorized vehicles. However,  EVs can help the US expand its energy choices available for transportation.

In addition, other corporations are trying to make their brands green as a way of reducing pollution. And big companies such as Amazon are looking forward to changing their freight trucks from gasoline to electric vehicles to reduce their carbon footprints. Since China is the largest manufacturer of EV sales, it’s now expanding its production.  Moreover, they are giving room for investors as there has been an increase in EV sales.

In the luxury market segment, the launch of the Tesla Cyber truck generated many buyers with more than half a million orders. And with the increasing number of body types, EV is gaining popularity.

As a result, there are more than ordinary passenger electric cars now. Electric buses have been embraced in many cities, especially since electric buses are quiet and more comfortable than gasoline buses.

Angelinos is planning to launch the first electric fire truck in 2021. As a result, electric trucks will be everywhere soon. They will be picking garbage in cities, delivering packages, etc 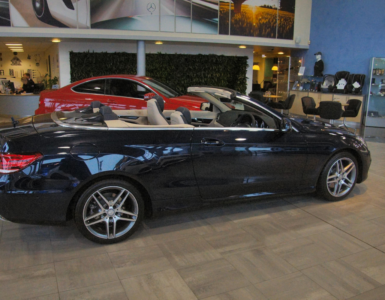 Top 6 Websites to Sell Your Car

The process of getting your car ready for sale can be challenging if you’ve never done it before. You want buyers to notice your car right off the bat.  You might find selling a car to be the most stressful event...