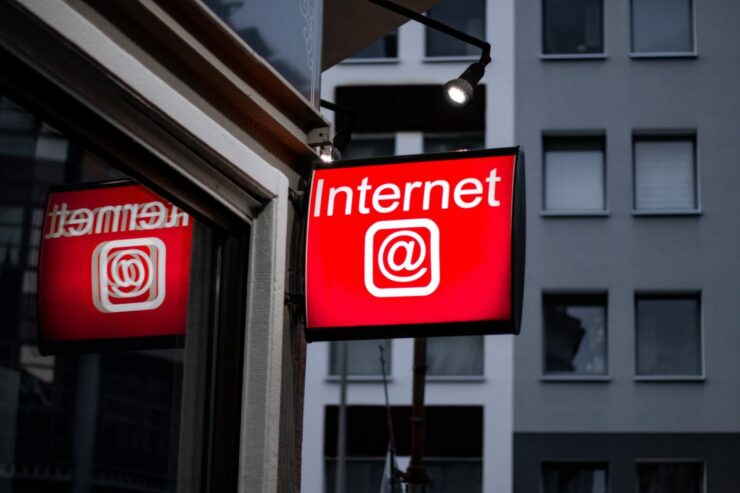 Which internet to take for a faster connection?

Choosing the Internet connection that is appropriate for your business is determined by your specific requirements. Those who only use the Internet to browse the web and check their email will not require a fast connection. But organizations that often utilize video conferencing and streaming media will require faster connections. However, keep in mind that faster Internet speeds imply greater monthly expenses.

Internet service is all about speed, yet the terminology used by internet companies to discuss speed can be confusing. And if you don’t know the terminology, you could wind up with a connection that’s either too sluggish or too fast (and more expensive) for your requirements.

What exactly is internet speed, and why does it matter?

Let’s take a look at that data in more detail. Electronic packets transport information between devices linked to the internet. A packet is nothing more than a data unit. Everything you do online is dependent on packets being sent from the internet to your gadget and vice versa.

Because the internet consumes so much data, having a fast internet connection is essential. Zoom calls, streaming movies, online gaming, and surfing through social media all demand a large number of packets per second to function properly. Technically, you could stream a movie by watching one or two frames at a time, waiting for it to buffer, and then watching two more frames, but no one wants to do that.

Fiber optic, cable, DSL, fixed wireless, and satellite are the most popular alternatives. However, not all of these alternatives are created equal. Fiber optic is the quickest and most dependable connection option, however, if fiber optic is not accessible in your region, use cable.

If you reside in a more remote region, you’re more likely to get DSL, fixed wireless, or satellite service because fiber optic providers are less common and tend to limit their service deployment to higher-density regions.

Dial-up is the slowest Internet service still available. It requires a separate phone line since customers must connect to their Internet provider over the phone. The maximum speed is around 56Kbps, which is a tenth of the speed of even the worst internet connectivity. Dial-up service should only be used when there are no other options.

Satellite internet operates without the use of wires or cables. Instead, data is transmitted into the air, where it is picked up by satellites and delivered back down to its intended destination. This sort of connection is commonly available, even in rural regions, however, because of the large distances over which data must travel, it can be slower.

In general, a satellite is fast and can achieve broadband rates, although it can be expensive. However, there may be difficulties with data transfer during inclement weather or other conditions.

DSL uses telephone lines to transfer data over the Internet, and speeds are similar to cable and satellite services. The data signal provides Internet access by utilizing idle parts of the telephone line, allowing both a voice and data connection to utilize the same telephone line. It’s quicker than dial-up, but it only goes up to 3 Mbps.

Coaxial cables are used in this form of internet connection, which is recognized for its high-speed capabilities. Copper wires cannot transport data as quickly as coaxial cables. Nevertheless, because many homes may use the same connections. Especially in densely populated regions — you may be more vulnerable to reduced speeds during peak hours.

Cable Internet is often an “always-on” connection with speeds ranging from 512Kbps to as high as 20Mbps. 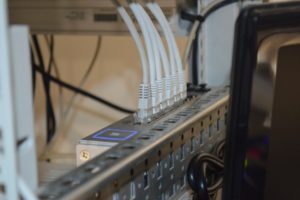 Wireless technology, which employs either licensed or unlicensed airwaves, has been around for a long time. Since then, technology has advanced tremendously, and bandwidths of 1000 Mbps or more are now achievable across short distances. It offers a low-cost way to get your firm connected to the internet and the freedom to move around, but its restricted bandwidth and security threats may be enough to steer you away.

Fiber is the quickest and most costly way to connect to the Internet. Electrical impulses are converted into light via fiber, which passes through microscopic glass filaments. Transmission speeds are affected by a number of factors, including the distance between the sending and receiving locations, the amount of bandwidth allocated by the Internet service provider, and the use of fiber-optic cables for other purposes.

According to the FCC, most current fiber connections transfer data at speeds of tens to hundreds of megabits per second (Mbps), which is far faster than alternative broadband choices.

While the choice is ultimately up to you and your company’s goals and ambitions, there’s no reason you can’t have the best of both worlds.

If your fiber optic Internet goes down, a wireless network is an excellent backup alternative. The two can and should work together to provide the speed and dependability of fiber while also offering the mobility of wireless.

How Digital Nomads Can Get Fast Internet in Europe?

Digital nomads are people who can afford traveling to different destinations because their job doesn’t depend on where they live. In other words, they are digital professionals who, thanks to technology, don’t have to... 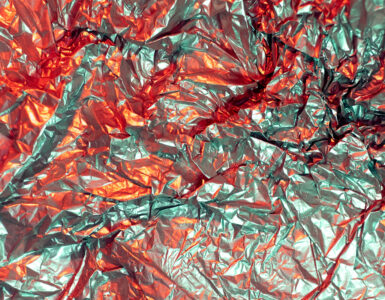 Foil for fast internet, a myth?

The worst combo is definitely a lot of intriguing things to do and a bad internet connection. You’ve rebooted your machine, reset your router, and double-checked your wires, but nothing has changed. Perhaps the...